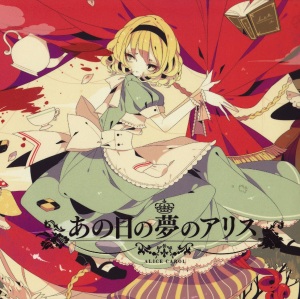 So, this little spot will be devoted to the meaning of the title this time. I was initially going to go with something like ‘Borderless Theory’ for 無境界仮説 (mukyoukai kasetsu). But then I did some Googling, and I found links to pages about ‘Hartle-Hawking.’ Some more research led me to discover the ‘Hartle-Hawking state,’ or the ‘No-Boundary Proposal.‘ I won’t try and explain it here, but it’s quite interesting. Also, ‘Hawking’ is in fact Stephen Hawking, the ‘wheelchair’ of ‘The Wheelchair’s Future Universe’ (at least, according to some fans). So, an arrangement of ‘Stephen Hawking’s Future Universe’ takes its title from one of his theories, which I think is pretty neat. It’s Shinra-Bansho, though, so that’s to be expected!

On the opposite side of the television, which everyone peeks into,
The stars were blue.
They saw this mysteriousness, drawing closer from far away,
On their undulating television screens.

A paper aeroplane flies,
Drawing the clouds to it, up to space.
To begin with, shall we look up at it?
Before it becomes too small to see…

Let’s see if we can start our journey from here.
Shall we ride the Milky Way’s railroad?
It’s three seconds until it leaves!
Let’s board the train, and set off on our journey.
Hey, hand luggage is enough for the two of us…

On a train platform with nobody on it,
The moonlight’s spotlight shines its way in.
You can’t say our plans are undecided – I tried to write stuff in our schedule!
I’ll continue it when we’re on the train…

Before our stretched out map, the two of us
Learned the locations of the constellations by heart.
We drew a big circle around
The place we wanted to go to.

The train runs its way along the tracks…
We gaze out the window at the universe.
It’s five minutes until we arrive!
Let’s take a one-way ticket to space: let’s jump out!
After all, the train doesn’t stop at the moon…

The steam whistle sounds, as we head towards our next destination.
Our aim is the future universe, on the other side of illusions.
The electronic bulletin board shows that there’s not much time left until departure.
Let’s go! Let’s board, together!
I clutch my dreams to my chest… My dreams are sent to tomorrow…
I wish upon a star… and you’re right there, by my side…

We cram star-shaped sweets
Into our pockets.
If we set them towards the sky, someday,
In a future for just you and me, we’ll drop a star into our tea…
I wonder if you can draw the starry sky?

That’s right! Even if this journey vanishes from history,
I travelled. I travelled across the world that can be seen from this place.
Even though there aren’t any tickets beyond the barrier,
In the future universe stretched across this panorama,
Aah, the train advances, towards the future.
Always, forever…